Will this be a Virgin Lay by the Youngest Hasher in history? (Elders to confirm if Record will be broken)

Whilst I was deciding what to do with my final consult of the evening, Voldermort the hamster, I was also debating weather to go hashing. It was cold, 7pm and I was in Cornwall.

However, I knew this was Live Wire’s virgin lay and I had seen such evidence of commitment from Dimmers and Marty in their trail preparation that I pulled on my shorts and headed out. I also wanted a giant sausage from the pub.

Being his hood I had hoped Overshot may of kept the circle-up for 25 mins with local history but alas I was alone on my arrival. I jogged off after the hash and eventually spotted the walkers, who I escorted to the beer spot, having failed to spot the long/short split. Retreating to the correct course I spent the next few miles living in fear as every pheasant that had survived last weekends shoot jumped of the ground.

I finally spotted two lamps making their way across a large field. The lamps were talking to each other and there were no other hasher’s to be seen so I figured this must be Barberella and Lowt’arse. They were going the opposite way to the trail so I continued on still in search of the FRBs.

The next group I came across was Piddler and crew. We moved through the woodland getting progressively muddier. I pushed on and avoided the commotion of Piddler’s fall which resulted in a laceration to his leg that Olive patched with his handkerchief. Everyone who had passed this point would now be sporting mud leg warmers. Good coverage for the bramble scratches below. I do hope everyone’s tetanus shots are up to date.

I never caught the FRBs. I believe it was my effort in the Park Olympics that let me down, specifically the reverse Skeleton on the slide.

Back in the pub with my sausage and chips I learnt of the rest of the Hash happenings. This included the results of a quiz set before the hash, something about distance and maths. Well done to Georgie Porgie and Pilt Down Man for their answers to this.

The Down Downs were awarded to the Hares, Piddler for falling over and getting confused in the valley, Boaty for being Boaty, Clueless for being named Clueless and Low’tars for being 60.

p.s For those who are wondering about Voldermort….he is no longer with us. Though I am sure there are many of his horcruxes out there. 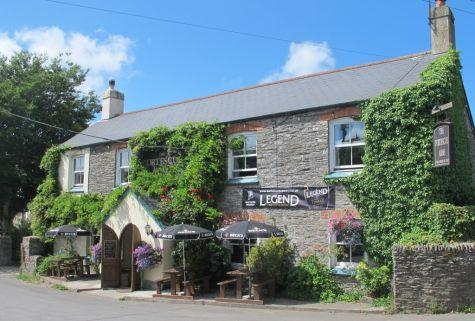